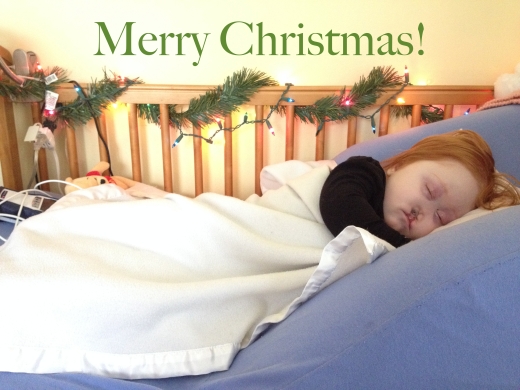 Sorry, everyone. It’s been entirely too long since I’ve written here. Perhaps there hasn’t been too much in the way of pendulum swings that have merited me sitting down to write. I suppose we’ve also gotten tired of telling everyone the same update, all the time:  life is hard, Pearl is fighting, God is good, and a year and a half in and we’re still quasi-hanging on as God continues to sanctify us through this incredible story he has written. To say that we always see it as an incredible story would be a lie, though.

I feel like I can speak for Ruth in saying that we’ve grown somewhat tired of feeling like we sound like some whiney, broken record of Debby-Downer-isms. As of late it feels easier to throw on our game faces when asked how we’re all doing. There’s often not time to tell the whole truth, and if we did, you’d probably wish you never asked! No one likes to be the person who brings drama into every conversation. Life at this point continues to be a constant struggle to stay afloat in all categories. You’d think we would be much more dialed in by now, but I’m not sure that ever happens, and I’m not sure that is what God set out to accomplish within us in the first place. But that’s that, and there’s no need to dwell there. Everyone has difficulties.

Pearl is honestly doing better than we ever imaged she would be doing at 17 months. Better still doesn’t mean great, though the fact that she is even doing at 17 months is miraculous, still! She caught a cold back in early November, which turned into a downward spiral, resulting in her being intubated for the first time. The doctors think she just got too tired of trying to breathe through the cold and had just given up. A few days of being on the ventilator though, and she was back off of it! After a couple of hospital stays, she’s still at home and for the most part, doesn’t need much oxygen intervention. In a way, it was good to get our first intubation under our belts. We’ve been advised since day one not to ever put her on a ventilator (except during surgeries) because kids like Pearl don’t come off of ventilators and all we’d be doing is delaying and complicating the inevitable. Well, next time won’t be as scary as the first time. Check.

I’ve read that kids with HPE get more complicated as they get older, and based on our experience and from observing other children with HPE, I can attest that this is true! She’s almost 30 lbs of not-very-muscular love at this point; so even diaper changes have become quite the exercise. She’s not able to support any part of her body so for lack of a better word, she kind of flops wherever she is moved. She does have a new bed and that has helped, and we are going next week to get her fitted for a wheelchair. If insurance approves it, that’ll be a huge help! I remember before she was born, seeing other parents pushing their kids around in special needs wheelchairs and I would fall to pieces. I felt quite certain that Pearl wouldn’t be born alive, and I would get so frustrated with God when I’d see those other families. “Can’t we just have that, God? You don’t have to take her life. Just give her that life! Why are you saying, no?” Man, I was a mess, but his silence at the time was brilliant. I don’t know if we would appreciate the life that she does have as much as we do, had we known all along that she was actually going to survive. He was patient, we were kids, and he was right to be silent.

I also had no idea what all was going on behind the scenes when I saw those families with wheelchairs out and about, either. I had no idea how much effort they put into grabbing fast food, going to the grocery store, or even smiling on some days. I didn’t realize that it wasn’t 24/7 warm fuzzies and prayers of thanksgiving. I had no idea that admission into the special needs club required me to check my childhood oblivion at the door, but that explains my respect for other families in this club. The camaraderie within the club is second to none, and dare I say necessary for survival. I’m so grateful to have other families that we can relate to on those levels, though I do wish we lived closer to them! We often feel like an island in a sea of typical families, but that is not true.

The rest of the family is doing okay, too. Brennan and Abbey’s love towards Pearl and each other continues to grow, and the ways in which they are able and willing to help continues to expand. Abbey even hooks her baby dolls up to imaginary feeding pumps! Brennan has been homeschooling at a kindergarten level this fall, and it looks like he’s ready to move on to first grade material this spring. He loves everything about it, and sweet Abbey tries her best to follow in his footsteps. One of the blessings of being so homebound is that the two of them have become inseparable. The downside of that is that they’ve really figured out their united front when it comes to defending their cases to Ruth and me! Even that is a little sweet to watch though, as they have learned to have each other’s backs in conflict. The dynamic between them is beautiful to be privy to.

And Ruth is still the glue holding us all together, and her laugh still reminds me that God is good in the midst of difficulty. In between caring for Pearl, homeschooling Brennan, and cooking sessions with Abbey, she has found moments to pull some sort of semblance of a festive environment to our home for the holidays. I’ve never seen someone who lays her life down for her family in the way that she does. Since Pearl’s last hospital stay, our church has reinstated a meal calendar for our family, and our in-home nursing has increased to 80 hours per week. That has really helped Ruth to find a moment to breathe, though having nurses in our tiny home for 80 hours a week feels a bit like being on the Truman Show, in that almost every aspect of our lives now involves a third party listening in! We are grateful for the help, nonetheless and we make sure to take advantage of the moments in between nursing shifts. And while I’m at it, thank you everyone who has brought a meal or sent a gift recently. Those efforts on your part really do take an edge off of the complexities of everything. At their least, those efforts break the monotony of being homebound, while reminding us that we aren’t going through this alone, and that is more valuable than you can imagine.

So yeah, I feel like I’m writing things you already knew about, which means that once again, I feel like I just wrote a Christmas letter. Sorry about that, but at least I didn’t print it and mail it to you. It’ll be just the five of us here for Christmas this year, as leaving town with Pearl is not at the top of the list of things we should do right now, and folks can’t always come to us. It’ll be a different sort of Christmas than the norm, but hey… last year Pearl was in the hospital and we had to Skype with Ruth while the kids opened their presents in the living room. And then we met her at the hospital for a Christmas feast in the Vanderbilt Cafeteria Subway. Needless to say, Brennan and Abbey thought it was awesome. And I imagine they’ll think this year is awesome, too. Either, way…Merry Christmas, everyone! Thanks for still taking time to read. Sorry again, for not updating this as much as I used to. Thank you for understanding.

To all who gather here…